Some people like to doodle, well this guy LOVES to doodle! After 7 long months of obsessively scribbling away on a large wall, artist Sean Sullivan “threw in the towel,” in part because he had exceeded his allotted time period by 4 months! The resulting mural was 'Grand Pale Maw', an expansive wall drawing that encompassed the entire rear corridor space of LACE in LA. 'Grand Pale Maw', Sullivan’s first large scale mural was on display only through January 2012 but thanks to these photos documenting the process we can still ogle over them. 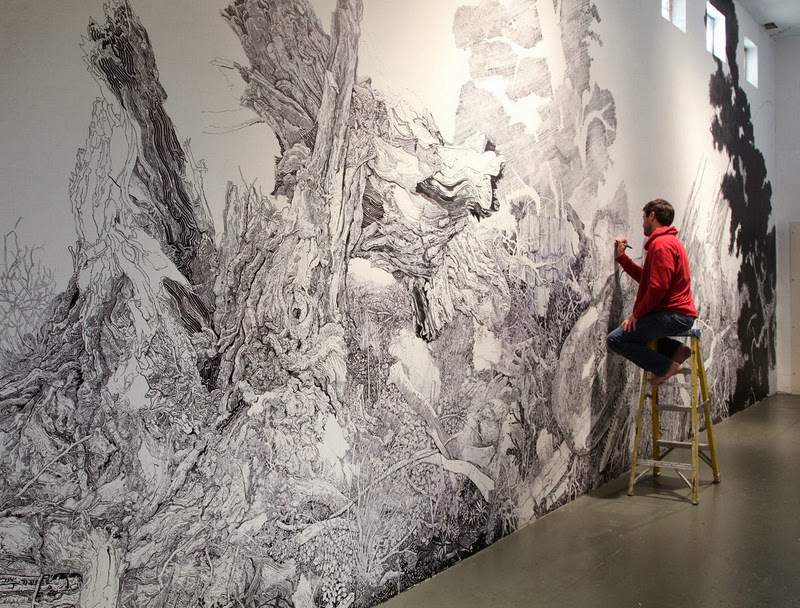 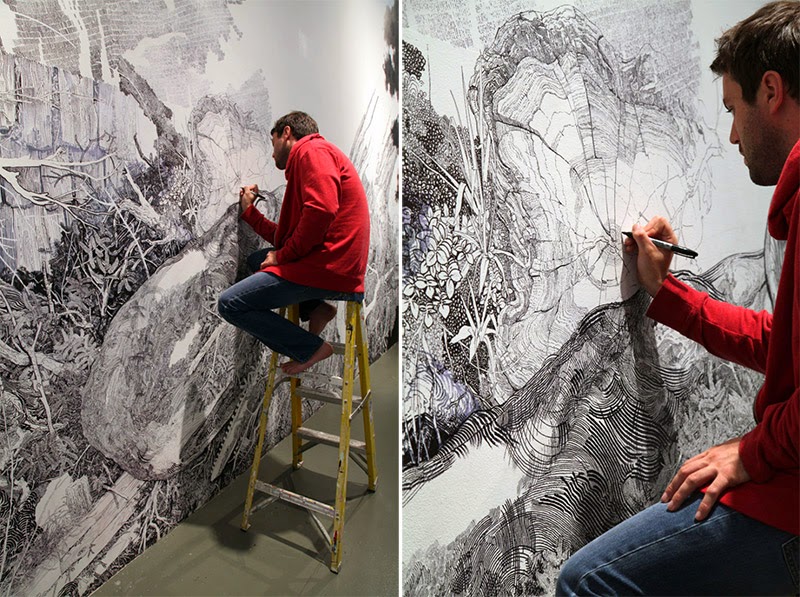 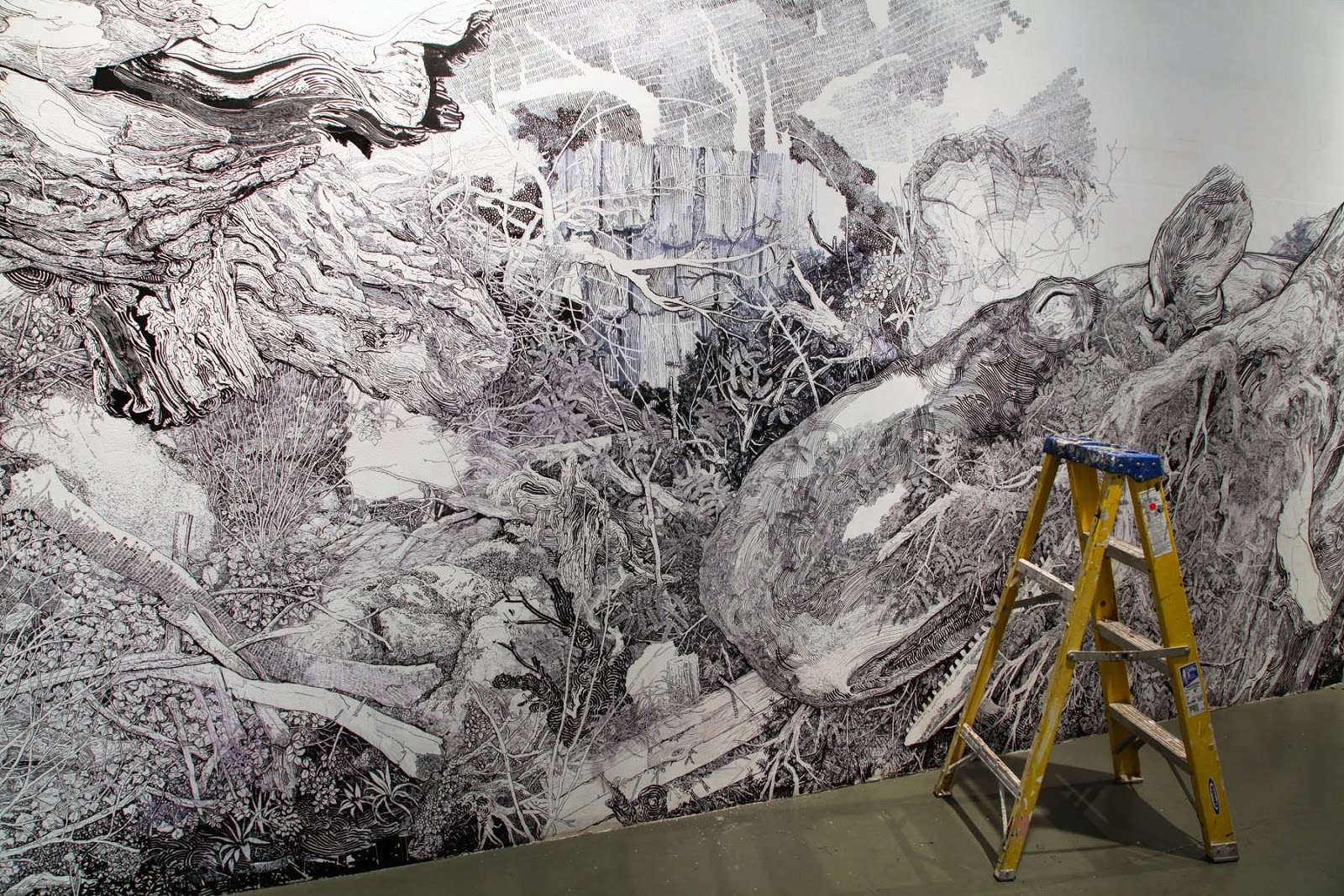 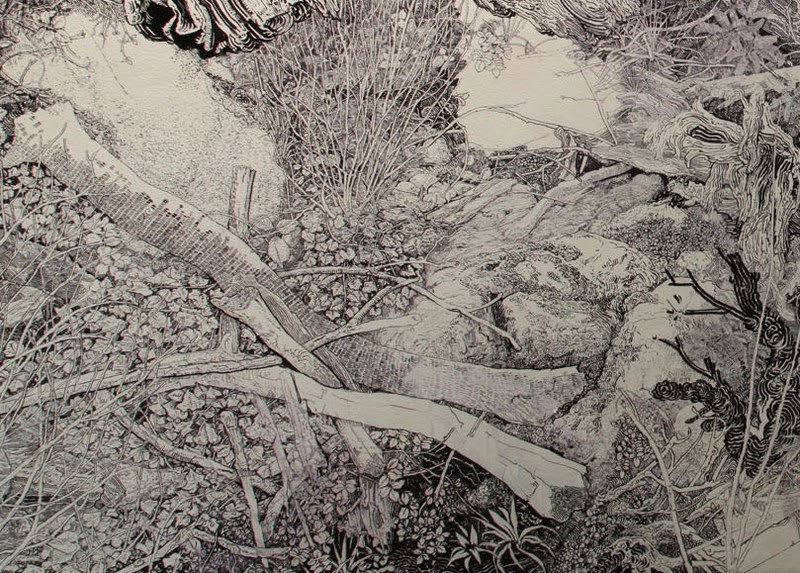 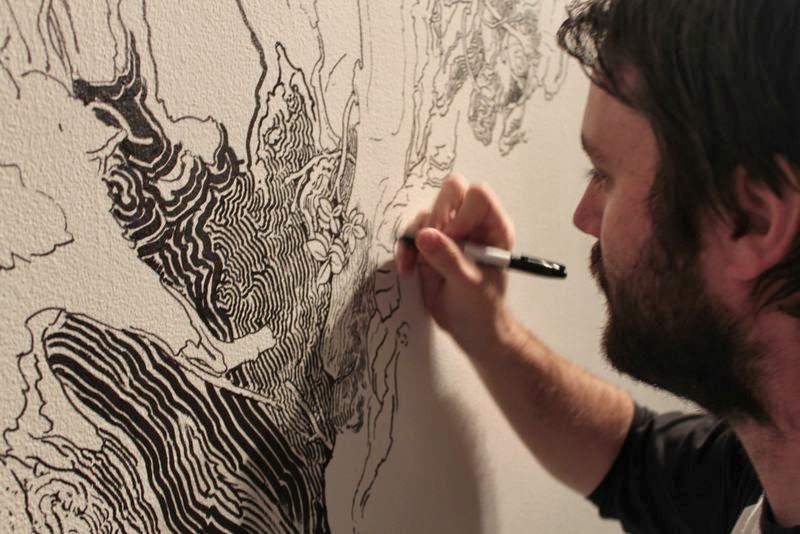 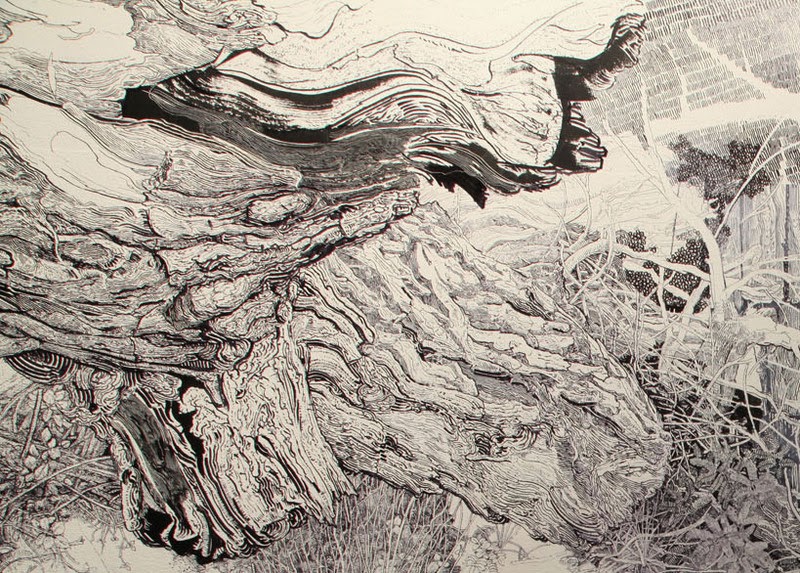 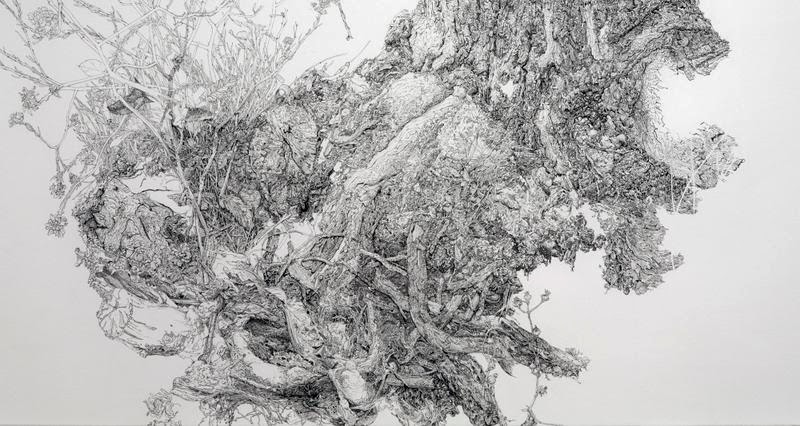